To have the optimal experience while using this site, you will need to update your browser. You may want to try one of the following alternatives:

Florida Wildfires in the Summer 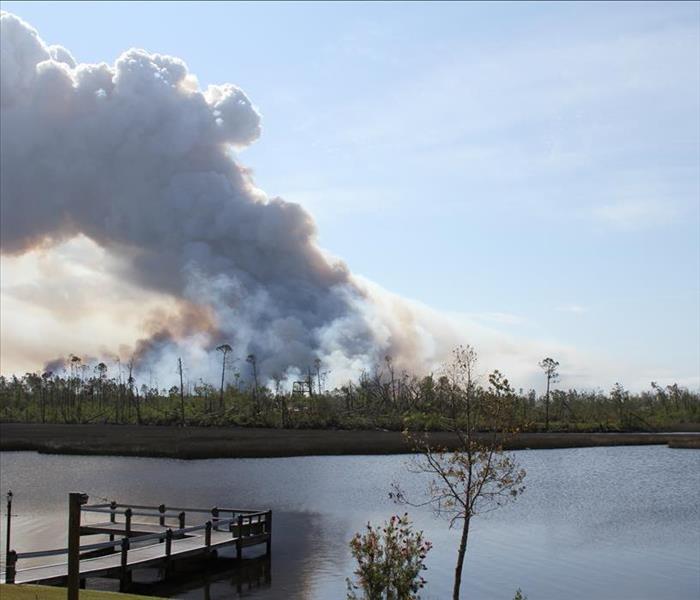 Wildfires in Florida are a major cause for concern during springtime and early summer. High chances of fire are in April through to June which are typically drier months for Florida. This year the first half of May experienced some drought increasing the risk of wildfire occurrences. Now that we are in June, well into hurricane season, Florida’s climate is much more humid and wet. According to the National Interagency Fire Center and their Wildfire Fire Outlook Report, months from June to August will have below average risk this year. September will see a near nonexistent threat for wildfires.

Even with the forecasted outlook and wet weather, can a summer fire still occur? Of course! As of June 23rd, though Fire Danger Indices are low, there were 11 active wildfires statewide. Storm season can be a catalyst for summer wildfires in a multitude of ways. Let’s take a look as to what fire-causing factors can stem from a storm.

Summer months bring about more frequent lightning and thunder storms. Fires started by lightning peak most commonly in May and June in Florida. Lightning caused fires occur when lightning strikes dry area, igniting a flame. These fires tend to be larger, affecting more acreage than that of man-made fires.

Loss of Power and Open Flames

While hurricanes are not a direct factor in starting a fire, human activity during a hurricane can be. Hurricanes can lead to temporary loss of power, requiring candles or other open flames to be used as a source of light. Without practicing proper fire safety measures, fires can unintentionally occur; this can be from a knocked over candle or a flame to close to quickly-igniting material. Cooking equipment and generators can also be a source of fire.

Hurricane and tropical storm winds are terribly strong, often kicking up and depositing debris. This debris left to sit in plies, drying out in a matter of days, can become a source of kindling for a wildfire.

Though the threat of a wildfire occurring randomly is low, there are still risk factors associated with summer storms.. Many of these risks are impossible to control, like lightning or debris, while others require an extra level of attention. House fires or wild fires can still happen, regardless of time of year.